Meet our friendly, experienced pediatricians and staff at Lighthouse Pediatrics. Our entire team is dedicated to helping you and your child feel welcome and at home in our office. We desire for you to feel God's presence and love from the moment you walk in the door. Our staff works together, plays together, and most importantly, prays together. 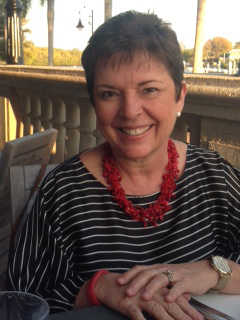 Dr. Dudley has been in practice in Naples since 1988 when she moved here after completing her residency at Miami Children’s Hospital. She enjoys taking care of children of all ages and would love to minister to more than the children’s physical needs.  She would love to share her love for Jesus with them and show them how to give back to others both locally and abroad. Dr Dudley believes that God gave her the talent to be a pediatrician and strives to honor Him as she works.

She is married to Ted Dudley who supports her in all that she does and has three stepsons and 4 grandchildren.

Dr. Dudley was raised a Catholic but left the church as a young girl. She started attending church in the late nineties after her first husband passed away from leukemia. She accepted Christ as her LORD and Savior on January 22, 2000, at a Christian Women’s conference in Orlando. She believes that God has called her to step out in faith at this time to share the Gospel with everyone that she comes in contact with.  She is a founding member of Hope City Church which meets on Bonita Beach Road. She has a heart for missions and travels with Orphans Heart to the Malnutrition Center in Guatemala to minister to the children and the staff at the center. Proverbs 3:5-6

Dr. Shepard has been in practice in Naples since 1998 when she moved from Birmingham, Alabama to join Dr. Dudley at Anchor Health Centers.  She completed her pediatric residency at the University of Alabama at Birmingham where she also graduated from medical school.  She enjoys taking care of children of all ages and marvels at God’s handiwork when she sees children in the hospital and office.  Dr. Shepard strives to be accessible to her patients in the office, via phone, and technology.

Dr. Shepard has served as both chair and vice-chair of the Department of Pediatrics at NCH and has admitting privileges for newborn and pediatric patients there.  In her spare time, Dr. Shepard is active at Center Point Community Church and volunteers there in the  music ministry - you might spot her playing piano or keys on a Sunday morning!  She has a very supportive husband, John, a daughter in college and a son in high school.  After hours, you will often find her on the sidelines of a soccer field or other school events cheering on her children or enjoying outdoor activities.

Dr. Shepard’s journey of faith began when she accepted Jesus as her savior as an elementary school child.  She grew up in a non-denominational military church, and she believes that spiritual growth is based on developing and nurturing a personal relationship with Christ through Bible study, prayer and involvement in a Christian community.  Romans 8:28

Reunited! Dr. Vedder feels blessed and elated to rejoin his former pediatric partners at Lighthouse Pediatrics. Dr. Vedder spent more than 15 years practicing pediatrics in Naples, with the majority of those spent with Drs. Shepard & Dudley. Dr. Vedder is thrilled to once again be surrounded by top notch clinicians as well as a dedicated, compassionate staff.

While in Naples, Dr. Vedder helped launch several community based programs designed to improve the health and well being of area children including the 95210 Kids on the Go fitness challenge for elementary and middle schoolers; life jacket loaner stations at prominent public beach access points; and increased access to lactation services for breastfeeding moms.  Dr. Vedder is also actively engaged in improving early literacy rates among disadvantaged youth through programs such as Reach Out and Read. In his 3 years away from Naples, Dr. Vedder acquired a great deal of experience in the realm of telemedicine, perfecting his skills with school and home based virtual visits.

Dr. Vedder enjoys hiking with his wife in the Carolina mountains and cheering on his nearly grown children at rowing regattas. Dr. Vedder is a practicing Roman Catholic.  1 Corinthians 13:4-8.

Traci is married to Trent who is a teacher and coach in the Collier County Public School system.  They have a daughter in elementary school and an infant son.  Traci enjoys spending her free time with her family - often outdoors!

If you are an established patient, please use the portal.  Click below to go to the portal website:  If you are not already registered for the portal, you may call the office to sign-up.

You may use the form below to request NON-urgent appointments.  Please do not include personal health information.